Energy Insecurity – A Look at Energy Costs and Equity

When was the last time you flipped your light switch and worried whether or not the light would turn on? Not because of storms, or rolling brown outs during record heatwaves, but because you weren’t sure you could afford your energy bill that month?

Energy insecurity is a term you may not have heard before. It relates to the stress people feel when they face the possibility of their utility services will be shut off. Many of us, including me, are fortunate and privileged enough for this not to be a common issue in our lives. But many families – too many – have been struggling under the weight of energy insecurity for decades.

In thinking about this issue, I realized that as a staff attorney working specifically on utility issues, I approach most, if not all, of my work at Utah Clean Energy from the perspective of finding clean energy solutions that benefit all Utahans. While I believe that this perspective is useful, it doesn’t address the issue of energy insecurity directly because it isn’t granular enough to account for two of the most invidious causes of energy insecurity: socioeconomic status and race.

A person’s socioeconomic status is directly linked to the level of energy insecurity they experience. Households with lower incomes must dedicate a larger portion of their monthly income to energy bills, which puts stress on a family’s ability to pay utility bills. The percentage of American families who feel this monthly pressure is considerable. A 2011 American Community Survey found that 44% of low-income families, defined as having an income 200% below the federal poverty level, experienced energy insecurity. Compared to only 2% for families who weren’t low-income. This type of economic energy insecurity is often exacerbated by the fact that lower income households are far more likely to have older heating and cooling equipment with less effective insulation. This means that it takes more energy to heat and cool the house, which can often lead to energy bills that are higher than non-low-income customer bills.

In 2018, approximately 9% of Utah residents, 280,773 people, were living in poverty. If you apply the 44% number from the national survey, 123,540 people in Utah likely felt substantial economic-based energy insecurity.

Race is another important indicator of energy insecurity. People in minority groups are more likely to feel energy insecurity in the U.S. and African Americans suffer more than any other racial demographic. In 2014 the National Center for Children in Poverty performed a study to determine what percent of families with children under 18 felt energy insecurity. Black families were the highest at 35% followed by 21% for Hispanic families.

The risk that the utility shuts off service to a family’s home goes far beyond simply not being able to turn on the lights. It means not having access to the internet to work or pay bills, not being able to cook food, or not being able to heat or cool your home in potentially life-threatening temperatures. As climate change worsens, days will be hotter and cooler and utility bills will keep going up, further subjecting an already disproportionately affected population to energy insecurity concerns.

A Need for Solutions

I’ve been surprised and disappointed to find very little in the way of solutions to address this problem specifically. There are a few federal programs and a few programs in Utah intended to help customers who qualify as low-income, but these programs are woefully underfunded and often the people who need them don’t even know about them. This severely limits their ability to stave off energy insecurity long-term. Perhaps the most disappointing finding is that this issue is rarely, if ever, specifically addressed. Most of the time we talk about reducing energy costs for all customers, or if a program is cost effective for all customers, which implies that all customers are dealing with the same issues. We don’t acknowledge the unequal distribution of energy insecurity. We don’t look at the problem with a granular enough lens to see the issue clearly, and therefore can’t craft a well-designed solution.

Energy insecurity in one facet of a complex problem that is often overlooked by those who are fortunate enough to not be subject to it. If I’ve learned one thing it is that we can do much better as a state, and I can do a better job incorporating this important issue into my work at Utah Clean Energy. The first step is to change the way we talk about climate solutions. This isn’t going to be an overnight process but learning more about this issue and having honest conversations specifically about energy insecurity will help us design long lasting solutions that reduce the prevalence of energy insecurity in Utah.

The framework is already there. UCE already works on energy efficiency, weatherization, and building codes issues, all of which are tailor-made to provide long lasting solutions to energy insecurity. UCE is also involved in utility rate making proceedings and processes designed to create clean energy options for low-income customers. The problem is that many of these solutions require the customer to make investments under an already strained budget, making them less practical for low-income families. The challenge is to make sure that this work considers communities suffering from energy insecurity and the issues they face specifically—that it’s not just intended for all customers with the hope that some of the benefits trickle down to the disproportionately affected communities.

The team at Salt Lake City’s Architectural Nexus are now building what we hope will be the first ever Living Building in the Wasatch Front! 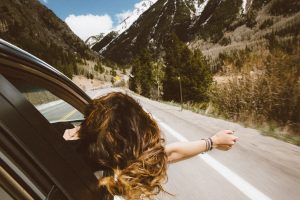 Electric Vehicles for All

Electric Vehicles For All 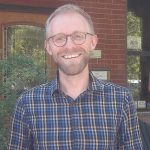 Understanding ‘energy insecurity’ and why it matters to health