The decision is a step toward large economic, public health, and environmental benefits for
Utah families and businesses

On August 10, Utah’s Uniform Building Code Commission, an advisory body to the Utah Legislature, held a public hearing to consider public comment on its proposed amendments and updates to the 2021 building codes for Utah, including the 2021 International Energy Conservation Code (IECC). Building codes set the minimum requirements for new buildings or major building remodels and the IECC specifically addresses the level of energy efficiency in new homes and commercial buildings. Any changes to building and energy codes have ripple effects on Utah homeowners, businesses, and builders, as well as Utah’s economy and environment.

At the August 10 public hearing, around 60 people from industry, public interest organizations, and the community attended both virtually and in person, including representatives from Utah Clean Energy. Other organizations in attendance at the meeting include AIA Utah, ASHRAE Utah, Utah Association of Energy Users, Garbett Homes, Huntsman Building Solutions, Responsible Energy Codes Alliance, HEAL Utah, and o2 Utah.

Many of those in attendance spoke in favor of adopting the complete 2021 IECC for homes and businesses. Many also acknowledged that the Commission’s proposed recommendation is a step in the right direction even if it includes numerous weakening amendments to the residential 2021 IECC.

Utah Clean Energy’s building efficiency and decarbonization director, Kevin Emerson, stated “Each new building constructed in Utah has the potential to last for 50 to 100 years. If new buildings today are built using old standards for energy conservation, Utah will see higher than necessary energy consumption and the resulting excessive demand on Utah’s utility infrastructure. This excessive demand for energy can increase utility rates for all ratepayers.”

Following the public comment, the Commission voted to recommend the most robust update to Utah’s building and energy codes seen in seven years.

What does it mean for families and businesses?

The Commission recommended that Utah adopt the full 2021 IECC for commercial buildings, and an amended version of the 2021 IECC for homes.

While the Commission recommended numerous amendments to the residential 2021 IECC, Utah Clean Energy believes that it strikes a reasonable balance between building science, improvements to energy efficiency, energy cost savings, and political necessity. The amendments that the Commission recommended still leave additional energy savings “on the table”, but the recommendation does represent a step forward for improved energy efficiency in new construction.

If adopted as recommended by the Commission, Utah’s 2021 residential energy code would include new provisions, including:

The Commission’s recommendation included consideration of independent analysis that was conducted by the Pacific Northwest National Laboratory for the state of Utah. (Read a factsheet about the Utah analyses.) Highlights of the analyses show positive impacts for Utah homeowners and businesses:

The analyses show that if Utah were to adopt the newest, unamended 2021 residential and commercial energy codes, Utah would see the following statewide benefits:

The recommendation made by the Uniform Building Code Commission will result in a portion of these economic and environmental benefits, though specific analysis on how the specific amendments impacts efficiency improvements has not been conducted.

Next Step – The Utah Legislature

The Commission’s recommendation will be submitted to the Utah Legislature’s Business and Labor Interim Committee in September 2022 and will then be debated by the full Legislature during the 2023 Utah General Legislative Session, which runs from January 17 through March 3, 2023. 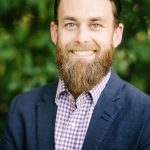 Director of Building Efficiency and Decarbonization